Magnum photographer Alec Soth and Brad Zellar have spent the last 3 years documenting the backroads of rural America while posing as reporters for a fictitious newspaper. The project eventually evolved into an actual publication called the LBM Dispatch and the latest edition focusses on Georgia. Hit the jump for more details on this ambitious project.

Alec Soth And The LBM Dispatch

Alec Soth (pronounced like “both”) has made a photographic career out of finding chemistry with total strangers and his latest project, The LBM Dispatch plays perfectly into his skill set. In 2011 he teamed up with writer Brad Zellar and began chasing down weird local stories near Minneapolis, where they both lived. They even went so far as to print business cards for their imaginary newspaper, The Winter Garden Dispatch and the project eventually evolved into an actual publication called The LBM Dispatch.

The LBM Dispatch is printed on newsprint to pay homage to the project’s roots and there have been 6 Dispatches published to date: 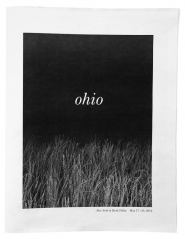 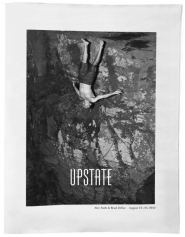 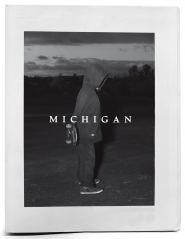 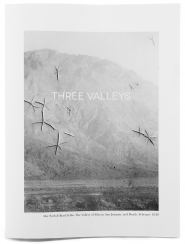 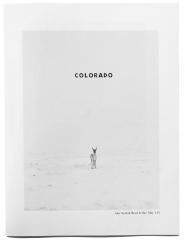 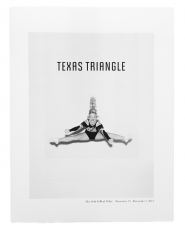 A 7th and final Dispatch is planned with images and stories gathered from Alec and Brad’s travels through Georgia.

At the Cream Ultra Lounge in Atlanta, Brad Zellar writes, ‘‘we talked to groups of young women who had driven from Philadelphia and New Jersey. There was a rumor that football players were expected — nobody was able or willing to be more specific than that — but after waiting around for an hour, we didn’t notice the arrival of any football players, and the sense of anticipation in the room appeared to be giving way to disappointment.

More than three decades after his presidency ended, Jimmy Carter still lives in Plains, Ga., where both he and his wife of 68 years, Rosalynn, were born. When he  is in town, he often teaches a 10 a.m. Sunday-school class at Maranatha  Baptist Church, where the Carters are deacons. The congregation includes only about 30 active members, but the former president’s talks are open to the public  on a first-come, first-served basis.

Newsprint editions of the LBM Dispatch quickly sold but hardbound collectors editions are still available for a price of $350 USD each. The Georgia edition will likely be available directly from Alec’s Little Brown Mushroom web store.

This project is fascinating for a lot of reasons. First, it’s Alec Soth and I love his work. But more importantly the project sheds light on the crossover between documentary and street photography and emphasizes the importance of story in any photographic work.

By travelling the backroads Alec has been able to unearth and preserve little treasures that are the real and unusual stories of rural America. His stark but controlled black and white images honestly describe the dignity and lonliness of his subjects. The work does not judge but seems to celebrate the subjects as humble citizens of the world in which we all exist.

Individually, Alec’s images stand on their own. But when combined with the subject’s stories each image becomes a monument.

What’s your take on Alec Soth’s latest work? Do you think documentary and street photography share a common bond? Post your ideas in the comments below and keep the conversation going!