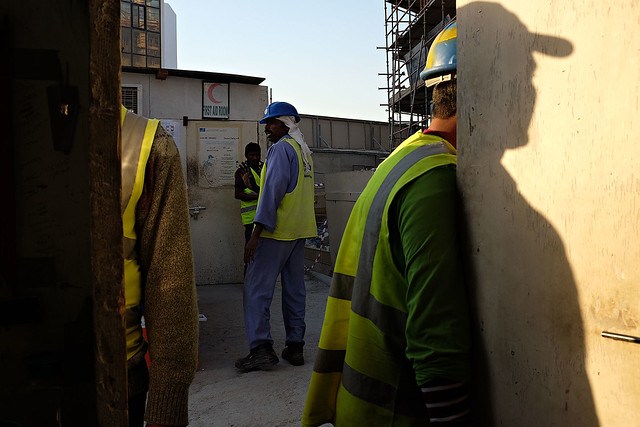 To mark OBSERVE’s second anniversary and first group exhibition in Iserlohn, Germany, the collective has announced the Under Construction juried street photography competition. First prize is €500 and all shortlisted and winning images will be exhibited in Germany along side the OBSERVE show. Hit the jump for all the details.

The theme for the Observe Collective Under Construction street photography contest is totally open to interpretation. Everything from images of construction workers to images that convey an abstract sense of construction are acceptable. It’s important to note that the members of OBSERVE are not part of the jury for this competition. The contest jury will be selected by the Städtische Galerie Iserlohn and announced at a later date.

The contest is open to all photographers from around the world and you simply submit your images to the contest group on Flickr to enter. All images must be taken in 2015 and each participant is limited to 2 images in the group at any one time. Entries can be changed until the contest deadline on May 1, 2015 at 22:00 GMT.

The competition will be awarded with a total of €1000 in prize money.

More information and contest rules can be found on the contest’s Flickr group:

On the one hand I have some issue with the fact that this contest isn’t being juried by members of Observe and the jury is not being announced until a later date. You have to respect the judges if you’re going to respect the competition so that’s information we need up front!

But the contest is being run and promoted by OBSERVE and it’s free to enter. First prize will get you €500 in addition to having your work appear in a group show that runs along side the Observe show in Germany. And did I mention it’s free? All this adds up to a pretty damn interesting contest so get over there and enter!