It was a big week for full-frame mirrorless camera announcements last week with the glamorous Leica Q taking center stage. But street photographers are taking a closer look at the Sony A7RII with its 42 megapixel back illuminated sensor, quieter shutter and improved EVF. Has Sony finally hit a home run? Hit the jump for more info.

The Sony A7RII Has Arrived

The updated Sony A7RII adopts the form factor and image stabilization of the A7II but adds a host of new features that could catch the attention of street photographers. Notable is the 42 megapixel back illuminated full frame sensor that offers high resolution plus great low-light performance. Throw in the ability to shoot with Leica glass, a better viewfinder and quiter shutter and the A7RII sounds like a winner!

For years, the trade-off has been between high resolution and high ISO performance. Lower resolution sensors were better at low light shooting because they had larger photosites that were able to collect more light. This is why last years high ISO champ, the Sony A7S capped out at 12 megapixels. But the Sony A7RII features back illuminated sensor technology that uses a novel arrangement of the imaging elements to capture more light and improve low-light performance. In theory, at least. We’ll have to see if it holds up in real life tests!

Why would anyone care about high resolution sensors? On top of larger print sizes, it’s all about image quality. In the old days of film, pro photographers preferred medium and large format film photography because the increased resolution produced images with “presence” that could be seen in prints of all sizes. So does the 42 megapixel A7RII hold up to this test? Judge for yourself: 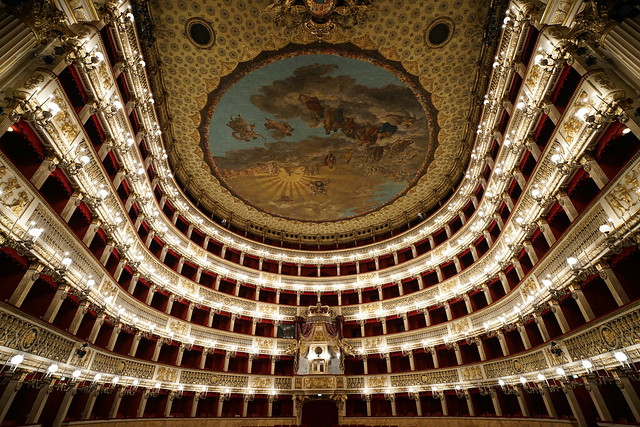 Click the above link to download the full resolution 42 Megapixel jpg. The detail is definitely there but whether this lends itself to an increase in perceived quality of the final image is up for debate.

A ton of street photographers adopted the original A7 cameras because of their small size and full frame sensors. But the original high resolution A7R was plagued with a loud and clackety shutter that you could hear from across the street. Not an ideal set up for street photographers who like to remain discreet! The new A7RII solves this problem by introducing an electronic first curtain shutter and the result is a rather normal sounding shutter. Here’s a sound sample:

Not whisper quiet like a Fuji X100T or a Leica Q but much improved over the original A7R. The new shutter has 50% less vibrations and also has a life of 500,000 actuations.

One of my personal gripes with the original A7 cameras was the tiny viewfinders. While the image quality of the EVF has always been outstanding the optics in the viewfinder itself required precise position of your eye to avoid distortion. The new Sony A7RII promises improved optics and a newly designed OLED XGA EVF. We’ll have to wait until we see the camera in real life to see if this holds up to the hype but so far it sounds promising!

Shoot With The Lenses You Love 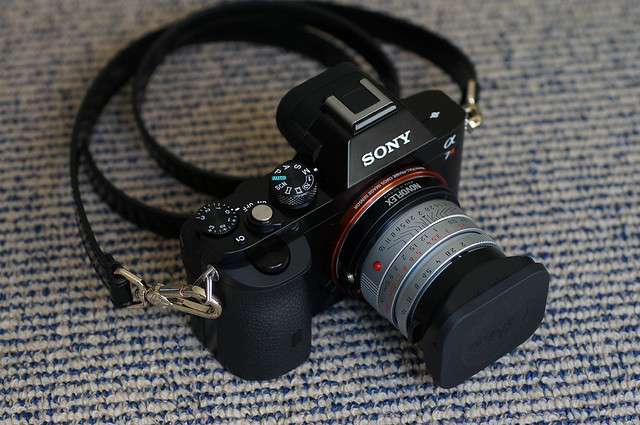 I generally use hyperfocal or zone focussing for street photography. To do this, you really need a manual focus lens that has distance and depth of field markings on the barrel. Sony E Mount cameras have always allowed you to shoot with a wide variety of lenses using 3rd party adapters so you can shoot with Leica, Voigtlander, Zeiss or even vintage Canon or Nikon glass and still take advantage of the A7RII’s outstanding sensor.

This being said, the original A7R had issues using 3rd party wide angle glass because of the configuration of microlenses on the sensor. It’s unclear whether the A7RII will have the same problem but we’ll know as soon as the camera is in the wild!

The Sony A7RII is shaping up to be the camera of the year and people are excited to get their hands on Sony’s latest full frame mirrorless wondercam. You can pre-order yours from Adorama starting today:

Sony sensors are top rate and the fact that I can use my Leica glass to shoot on the street was extremely attractive. But the decision to invest in any camera system comes down to pros and cons. The A7RII still uses dials and menus to set aperture and shutter speed making the camera fiddly unless you’re shooting in one of the camera’s automatic modes. But this is a problem with just about all modern cameras and not something unique to Sony.

The reality is that the Sony A7RII is a high resolution monster and if it’s high ISO performance lives up to the hype then you’re going to see a shit ton of street photographers shooting with this thing.