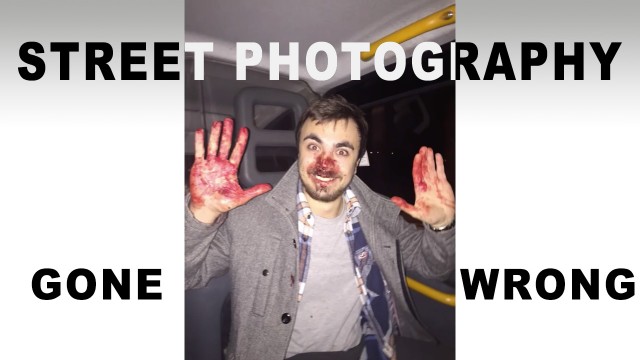 Street photography can make some people uncomfortable so you have to expect confrontation – especially when you’re shooting flash at night. But Mike Boyd got more than he bargained for when a grab shot resulted in an ass kicking and a stolen camera. He learned a lot from the experience and has some tips to help street photographers avoid confrontation in the first place. Hit the jump to watch the video!

Street Photographer Gets Beat Up, Learns To Avoid Confrontation

Mike Boyd was shooting at night with a Fuji Instax Wide Camera that has a notoriously bright flash. He ran up to a group of strangers and blasted the flash right in their face and they got mad. So they kicked his ass and stole his camera.

This is the kind of thing that can shake your confidence and drive many street photographers to reconsider the beauty of landscapes. But Mike learned from the encounter and changed the way he approaches people in the street. While it’s your legal right to take pictures of anyone you want in a public place there’s still a right and a wrong way to do that.

Never hide the fact that you’re taking a picture. No sneaking around, no shooting from the hip, and no pretending to shoot something 20 degrees to the left. He makes it apparent that he’s using the camera but he also takes time to interact with his subjects before, during and after the exposure. He stresses the importance of having a human interaction with human subjects.

Smiling diffuses most confrontations before they even start but if people object he explains that he’s a street photographer working on his own portfolio. This can be followed by a compliment that tells his subject what he found interesting about them. Letting them know that he wasn’t making fun of them by photographing them. 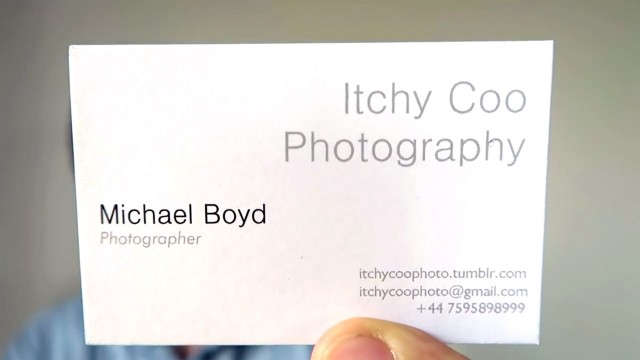 To help him get over his fear of interacting with people Mike got some basic business cards printed up that show his name, phone number and website. He’s found that handing out his card makes people feel comfortable and makes most situations friendly.

While all these are excellent ideas, Mike stresses that he’s not advocating asking permission before shooting on the street. Just smile and acknowledge people as human beings and talk to them if the situation calls for it.

You can check out some of Mike’s work on his Tumblr:

There is no excuse for phsycial violence simply because you were photographed. But let’s face it, that’s not why Mike got beat up. He got beat up because of the way he took the picture.

Flash street photography at night is a tricky bird that requires an extra delicate touch to diffuse any situation that might come up. There’s no way to hide the fact that you’re shooting with a flash but you can use that to your advantage. You draw attention to yourself so people can see you’re shooting. And that’s the trick.

Once people see you’re photographing they have an expectation that you’re going to do just that. But if you run up in the dark and go all Bruce Gilden on people then you can expect them to be surprised or even scared. And if you do it to a bunch of guys that may or may not be drunk? Well…

It’s a tough call and you have to decide in the moment if that shot is worth the risk. For me, I look at the work of someone like Charlie Kirk who shoots with flash (often at night) and his subjects are often aware of him but not posed. The work is rich and mysterious and you have to wonder if you need to ambush people to get a good shot.

The reality is photography is villified on a fundamental level and every once in a while people are going to fly off the handle. I think Mike’s best advice is to simply acknowledge your subjects as humans. Too often we treat our subjects like props in a composition and that doesn’t help anyone!