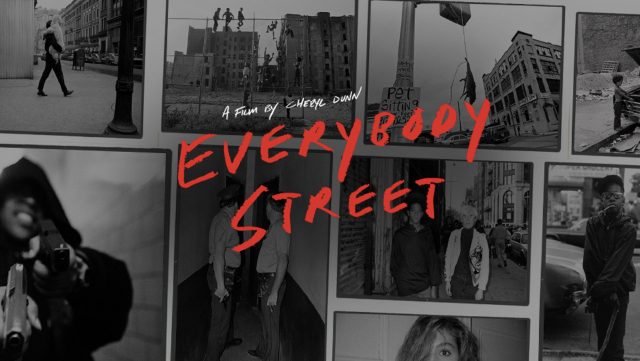 Why would anyone want to take pictures on the street? This question is answered by some of the top names in street photography in Cheryl Dunn’s fantastic street photography documentary, Everybody Street. It’s the one movie every street photographer should see and it’s now streaming on Netflix so you what are you waiting for? Hit the jump for all the details!

Everybody Street Now Streaming On Netflix

Joel Meyerowitz speaks the opening lines of Everybody Street and his words not only set the tone for the documentary but elegantly clarify that elusive quality that motivates so many street photographers.

Why do some photographers go to the street and other photographers go to a studio? Some people like to pretend it’s a movie and other photographers walk into the world and they say, “Show me.” Those select few, through time, who are willing to go out into chaos with some high hopes of interacting with a moment where life will become clarified for them. They can welcome ambiguity and the surreal aspects of this kind of chaos. Even though it’s chaos, they will have a moment of clarification.

The documentary is captivating and engaging for a photo nerd like myself but it’s also a great way to introduce friends and family to that crazy thing we do.

So pull up a comfortable chair, grab a bag of popcorn and watch the damn movie already!

Everybody Street on Netflix.

**Everybody street is currently available on both U.S. and Canadian versions of Netflix but international distribution rights might mean it’s unavailable in your area. Do a quick search on your Netflix to be sure.

Honestly, I can’t get enough of this movie. I purchased it as soon as it became available and I find I go back to it a few times a year to hear some of my favorite street photographers talking candidly about their work and why they do it. I can’t recommend this one enough!

You can watch Everybody Street on Netflix using a variety of connected devices and smartphones. And if you feel you want to have a copy forever you can grab a digital download for $12.99 USD on Vimeo:

And, if you’re rocking it old school then Everybody Street is available on DVD from your favorite online retailer:

Everybody Street on DVD (Amazon).

What’s your take on Everybody Street on Netflix? Have you already watched the movie enough to have it memorized? Or are you discovering it for the first time? Post your ideas in the comments below and keep the conversation going!