He’s one of the most prolific and well respected street shooters in history but Garry Winogrand hated the term “street photography” because it didn’t tell you anything about the photographer or their work. Garry talks about his methods and philosophy in this short video from 1982 and it’s a great way to get to know this enigmatic and polarizing figure. Hit the jump for the video and more on Garry Winogrand.

Garry Winogrand Is Not A Street Photographer

The video is an excerpt from the documentary “CONTEMPORARY PHOTOGRAPHIE IN THE USA” which chronicles the life and work of a number of photographers including Garry Winogrand, Robert Frank, Ralph Gibson and Joel Meyerowitz. Iconic photographers who all captured everyday life and allowed the people and things in their images to speak for themselves.

It’s interesting to watch Gary as he’s shooting on the street and interacting with his subjects. His rambling dialog matches his shooting style and his camera never really stops moving as he considers his next shot. Stopping mid-sentence when an interesting subject happens along then picking up where he left off after snapping a few shots.

This video offers a rare glimpse of this enigmatic photographer at work and sheds some light on his personal views on photography. Let’s take a look at what he has to say:

Garry Winogrand On His Influences

I think the photographers who I feel that I learned the most from, most immediately, who I feel most responsible to, are Walker Evans and Robert Frank.

Just about every street photographer will give a nod to Robert Frank when talking about his/her influences. And for obvious reasons! His seminal book, The Americans defined documenatary and street photography for a generation and remains a number 1 best seller on Amazon to this day. Truly a master work with wide reaching influence.

But Garry Winogrand also lists Walker Evans whose deliberately candid images defined street photography when photography itself was still in its infancy. His book, American Photographs was the first photography exhibit held at the Museum of Modern Art in NYC and represented the first time the sequencing of images was considered as a work of art. In a real way, he created the idea of the photobook and established an artistic potential photography in the 20th century.

Hearing Winogrand list these two masters as his influences speaks not only to his respect for the past but also shows a firm understanding of his place in the present. He knows in an instant what drives his photographic passion and lets that inform his image making without duplication.

Garry Winogrand On Not Being A Street Photographer

I hate the term, I think it’s a stupid term, street photography. I don’t think it tells you anything about the photographer or work. On the subject, I have a book out called the animals. Call me the same I’m a zoo photographer. I mean it all really doesn’t make any sense to me, you know?

Garry makes this point in an almost dismissive manner as if he’s tired of answering the question. It’s difficult to discern if he’s wrestling with some personal conflict about his work or if he’s simply rejecting being categorized as one thing or another.

I think street photography can happen anywhere and with any kind of subject (see my post with 30 Amazing Street Photos Featuring Dogs!) I see street as more of an attitude and a way of seeing the world rather than a set of conditions that define where or how an image can be taken. It’s about a photographer peering into the chaos of the world and coming back with candid images that reinvent that world and show it in a new way.

If people call it street photography then I’m fine with that!

Photography is easy and the camera is the thing making the image but the photographer is the only thing that can give that image life! Garry’s not talking about rules of composition or avoiding overlapping subjects. The subject itself is all that matters and how you depict that subject is what makes or breaks a photograph.

He’s actually talking about what makes good photography so difficult.

Winogrand’s frames are often herky-jerky affairs that eschew the rules of composition in favor of a specific moment. His images are charged with emotional connections that draw you into the frame. Even a simple boy at a fair becomes electric when combined with a sheep with a similar expression that seems to be judging you for looking at it in the first place. His images always contain that “extra” element that elevate them above a simple depiction of what his subjects looked like and you really get a sense of how they feel.

I think street photographers sometimes treat their subjects like props. This person placed there, this person there. Throw in an arm pointing at something in the distance and you’ve got street photography gold. But Winogrand’s shots are much more than items arranged in a 2 dimensional space. They’re real, they’re alive and they’re engaging.

Garry Winogrand On What Really Matters

I try to frame in terms of what I want to include. I don’t think about pictures. When I’m photographing, I see life! That’s all there is, you know, in my viewfinder, there’s not a picture there. You’re not a picture.

We know too much about how photographs look or pictures look. And it’s the easiest thing in the world, it’s natural to make those pictures we know. It’s boring! You don’t learn anything that way, you keep making what you know.

So I try to deal with things, I’ve worked out my own way I guess to contend with that problem with being programmed with knowing too much about pictures. You see?

We all struggle with street photography cliche’s and I think Garry is speaking directly to avoiding cliches. It’s way to easy to simply go out and recreate an image that we’ve already seen – this is why there’s so many street photographs of balloons replacing people’s heads! But the real trick is creating photographs that nobody has ever seen before.

For Garry Winogrand this is as simple as forgetting about photos and looking at life. His interest in the people and things he’s photographing is exactly what makes his work stand out. He’s looking through his camera at the actual events unfolding in front of him and his images convey this respect and wonder for the world.

It’s a lesson we should all rememeber.

Well, when I’m photographing, often enough, somebody will come up to me and say, “You getting good pictures?” And I don’t know. I know that what I’m photographing is interesting. I haven’t seen the pictures yet, you know? Hopefully the picture will be more interesting than what I photograph. I mean if it isn’t that it doesn’t work.

I think this quote is an extension of his previous idea on capturing life instead of photos. There’s really no way to know if the images your taking on a given day will be good photographs until you see them as photographs. But your job on the street should always be to continue shooting the world. Worry about experience your subjects and worry deal with the idea of photographs later.

Still, you have to wonder if Garry Winogrand would chimp if he were shooting digital today! 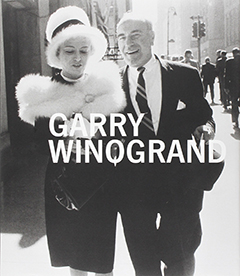 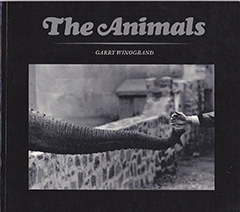 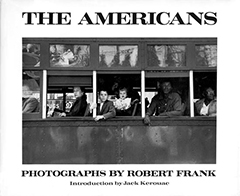 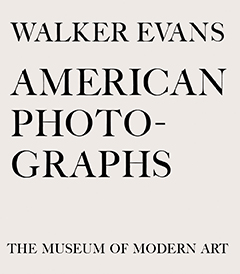 My tongue was firmly in my cheek when I wrote the title for this post. For Garry Winogrand street photography wasn’t about being a part of a movement. He was on the front lines and his shooting style and images were defining street photography.

Most street photographers will tell you that it’s a way of seeing the world more than it is a set of rules governing how we shoot. I agree with Garry, where you shoot doesn’t matter. But how you shoot, how you see the world… That is street.

What’s your take on Garry Winnogrand? A timeless icon of street photography? Or a relic from a bygone era that doesn’t reflect street photography as it is today? Post your ideas in the comments below and keep the conversation going!